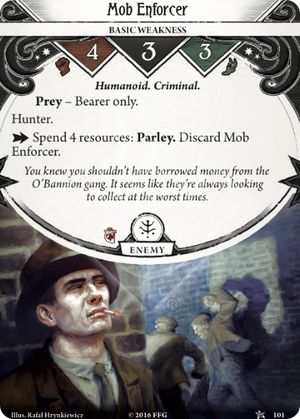 Mack gripped the railing tight as he peered through the pouring rain, the boat's lights behind him doing little to pierce the darkness. A crack of lightning was more effective--the massive shadow that was the island, and next to it, the silhouette of another boat, hastily moored to a rock. Good--he wasn't too late.

"Bring her in!" Mack shouted back to the captain. "Shore's just up ahead!"

"Are you mad?" came the response. "Nothing's supposed to be here! It's not natural! There's not enough money in the world to get me closer!"

"Yeah? Well I've got plenty more motivation if that's not gonna work. Bring her in if you know what's good for ya!"

There was a pause, silent but for the roaring storm, and the boat continued forwards. Within minutes, Mack had his feet back on solid ground. It was strangely spongy, and unpleasant to walk on, but Mack was too much of a professional to let something like that stop him. His ears perked up at the familiar sound of a gunshot from among the towers up ahead. They were some real ugly pieces of work, those. Whoever'd built them hadn't even managed to cut the stones straight.

Another gunshot, closer this time. Mack hurried forward, turning a corner to see his old 'buddy' Rex, apparently fighting some kind of octopus thing. Mack didn't hesitate, lifting his Thompson and unloading a full clip into the mass of tentacles. Storm must've been stronger than he thought if sea life was being washed this far inland. The octopus pulled away with a shriek that he hadn't known that octopuses could make, Rex turned in disbelief, eyes widening as they laid upon Mack.

"Oh, thank god! Listen, there's not much time left! We have to--URK!" Rex lost his wind as Mack seized him by the lapels and slammed him against the closest walls.

"Boss doesn't take KINDLY to bums what think they can take his money and HIDE on some crap-ass island!" Mack's words were punctuated by further slams against the wall.

"That's not the--" Rex paled as the lightning flashed again and he stared off at something behind Mack in the distance. Behind, and far, far above him. "There's no time! We have to--OOF!"

"WE don't gotta do nothin', Rex! YOU, on the other hand, gotta pay up, or you're gonna regret it!" the enforcer lifted the reporter off the ground and them dropped him. Rex's wallet spilled out onto the uneven stone, and Mack flipped through it before pocketing the entire thing. "Yeah, that'll cover it. You better not make it so hard next time, or I'm not gonna be so friendly."

Rex blinked in disbelief. "Okay, sure! No come on, there's not much time! The world's going to end if we don't stop this from--" It was too late. Mack had already disappeared into the gloom, back down towards the beach. That sorry excuse for a ship's captain had run off, but Mack didn't let it spoil his good mood. After all, there was another boat right there.

((In conclusion, this is a pretty easy weakness to deal with--inconvenient, sure, but never too crippling. But boy, if the investigators could fight monsters with the same level of determination that O'Bannon enforcers chase debtors, the entire mythos would already be dead)).

The Lord of Hats · 50
Whoever runs this site should clearly add a fanfic section to the cards in addition to the existing Reviews and fAQ... — Death by Chocolate · 639 12/8/18
I'm playing through Carcosa with a couple of friends, and the Jenny player has this card in their deck. I think his name is now Mack! — cb42 · 26 12/10/18
Another kind of funny thing about Mob enforcer is that he could potentially come back in every scenario throughout a campaign even if you pay him off. I guess you're paying in installments? — Zinjanthropus · 158 5/29/20
That's loan sharks for ya. — MrGoldbee · 1007 6/14/20
An alternative interpretation is that if you defeat him normally you kill him, but if you parley then you are just bribing the enforcer sent this time around. Either way, the O'Bannon Gang never get their money from you, and so they send out more enforcers to get their money from you. Although it's not nearly as fun an explanation as the Mack mythos. — Valokiloren · 10 11/17/20